Sibusisiwe Gugu Manqele is a multidisciplinary artist, born in Northern KwaZulu-Natal (Ulundi), South Africa. She is an actress, voice artist, writer, director. Her primary research interests are African Black feminist and womanist ideologies, Black Millennial Auteurs, decolonisation, trauma and healing in Black communities within a Film, theatre and Television context. She holds a Bachelor of Arts in Dramatic Arts degree, an Honours in Creative Writing and a Master of Arts in Film and Television from Wits University. She has spent the last 10 years working in the South African Television, Theatre and Radio industry. Manqele has worked behind the scenes, on screen and on air as an artist creating contemporary creative content for multiple notable productions in Africa. As a multi-disciplinary Black woman artist, Sibusisiwe Gugu Manqele is passionate about telling authentic, emotionally compelling, universally appealing African stories. 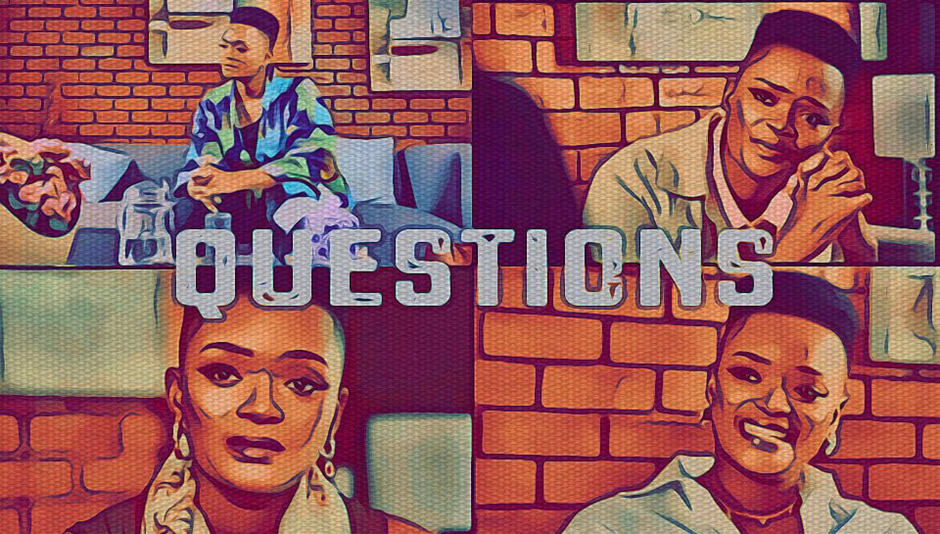 The Questions project was born as poems that I had penned separately throughout the years and finally put together in 2019 as a poetry collection titled Questions, thereafter I toyed with the idea of adapting the poetry into a short film and I never started. However, when I saw the call for papers for Communicating Multi-Modally, I decided to finally do the short film. As I embarked on that journey I was reminded of the words that Ngũgĩ wa Thiong’o wrote “written words can also sing”[1]. I have written, starred and Executive Produced Questions, a short film adapted from a poetry collection with the same title.

Questions is a short film that speaks to memory and the politics of the black woman’s body in processing trauma, abuse and mental health. Adapting the poetry into a short film I consciously chose to use the invisibilized narrative of feeling and sensation as recounted by a black woman as opposed to voyeuristic depictions of womanhood in the medium of film and television. In essence, this project is concerned with how black women remember their traumas. A woman positioned as a lead in telling her narrative, not just as an auxiliary character. My stance as a practitioner is to ‘redeem, reclaim and give a new take’ as bell hooks (1989)[2] states.

In much new, exciting cultural practice, cultural texts – in film, black literature, critical theory, there is an effort to remember that is expressive of the need to create spaces where one is able to redeem and reclaim the past, legacies of pain, suffering, and triumph in ways that transform present reality. Fragments of memory which are not simply represented as flat documentary but constructed to give a “new take” on the old, constructed to move us into a different mode of articulation (hooks, 1989:17).

My specific interest is exploring how Black women auteurs depict their traumas in the medium of film and television, by drawing on the politics and poetics of memory, and the Black woman’s body in representing and processing trauma, abuse and mental health. Intertwined in this exploration of how Black millennium auteurs are in a process of restoratively rewriting narratives that portray trauma and healing in Black communities in the medium of film and television, I contextualise my project within the five phases of decolonisation as suggested by Poka Laenui, Chilisa  (2012)[3] as: rediscovery and recovery; mourning; dreaming; commitment and action.